Put your confidence in Me, not in man, not in your own abilities. Do not lose heart at the look of things, but rather turn to Me and cry out to Me. I am teaching you to stand in Me not just to barely make it, but to be valiant and fearless with your full trust in Me. This is a confidence man does not understand, for he reasons that if the circumstance looks bleak then one’s confidence should be shaken or one should give up the cause. I can work it out to deliver you all at once or in years, but My deliverance will come.

Rejoice in Me even in the midst of a n seemingly insurmountable circumstance. Ask Me how you are to respond as you stand, what you are to do, and let Me do what you cannot. I delight in delivering My people but so few wait for My methods and blessings. They run after their own ways trying to make a way that is far less than what I have for them. Do not lose heart and shrink back, stand and show all the nations what I will do for you and through you. Enlarge your perspective for I Am greater than you can imagine. 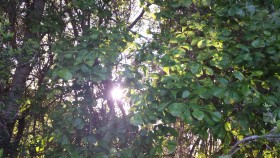 King Hezekiah and the prophet Isaiah faced a vast army invading their land led by King Sennacherib of Assyria. King Hezekiah encouraged God’s people: “Be strong and courageous. Do not be afraid or discouraged because of the king of Assyria and the vast army with him, for there is a greater power with us than with him. With him is only the arm of flesh, but with us is the Lord our God to help us and to fight our battles” (II Chronicles 32:7-8). God’s people gained confidence from this exhortation.

Just after the word of encouragement came, then the word of discouragement was launched by the enemy to try to shake the hearts of the people. The Assyrian king taunted Israel and tried to discourage the people to give up and not hold to their beliefs in the Lord God Almighty. He sent several discouraging communications through a variety of channels including proclamations from his minions, written notifications, and face-to-face taunts. As we analyze these communications, we see he used many persuasive tactics just as our enemies use on us today such as attempting to arouse emotions of fear and dread, employing logical appeals, and even demeaning God and His appointed leaders while bolstering his own credibility as a mighty conqueror of other nations.

First, the Assyrian king sent a message to the children of Israel through his officers. We read the specifics of this message from King Sennacherib of Assyria: “On what are you basing your confidence, that you remain in Jerusalem under siege? When Hezekiah says, ‘The Lord our God will save us from the hand of the king of Assyria,’ he is misleading you, to let you die of hunger and thirst. Did not Hezekiah himself remove this god’s high places and altars, saying to Judah and Jerusalem, ‘You must worship before one altar and burn sacrifices on it?’ Do you not know what I and my predecessors have done to all the peoples of the other lands? Were the gods of those nations ever able to deliver their land from my hand? Who of all the gods of these nations that my predecessors destroyed has been able to save his people from me? How then can your god deliver you from my hand? Now do not let Hezekiah deceive you and mislead you like this. Do not believe him, for no god of any nation or kingdom has been able to deliver his people from my hand or the hand of my predecessors. How much less will your god deliver you from my hand!” (II Chronicles 32:10-15).

Next, this enemy of God’s people tried written communications to convince them to give up their seemingly hopeless looking cause when the messages delivered through his officers did not work. “The king also wrote letters ridiculing the Lord, the God of Israel, and saying this against him: ‘Just as the gods of the peoples of the other lands did not rescue their people from my hand, so the god of Hezekiah will not rescue his people from my hand’”  (II Chronicles 32:17).

Last, the king of Assyria found that these last two strategies did not work so he tried face-to-face aggressive taunts to make the people of God abandon their hope for God’s deliverance. “Then they called out in Hebrew to the people of Jerusalem who were on the wall, to terrify them and make them afraid in order to capture the city. They spoke about the God of Jerusalem as they did about the gods of the other peoples of the world – the work of human hands”  (II Chronicles 32:18-19). The enemy will often use various tactics and threats to make us give up our stand for God and lose hope in what God says to believe Him for just at the Assyrian king tried everything to make God’s people lose heart and take their confidence off of God, but the people remained silent in the face of blatant opposition.

King Hezekiah and the prophet Isaiah cried out to God in prayer, and God delivered them in an unexpected way. “And the Lord sent an angel, who annihilated all the fighting men and the commanders and officers in the camp of the Assyrian king. So he withdrew to his own land in disgrace. And when he went into the temple of his god, some of his sons, his own flesh and blood, cut him down with the sword. So the Lord saved Hezekiah and the people of Jerusalem from the hand of Sennacherib king of Assyria and from the hand of all others. He took care of them on every side.  Many brought offerings to Jerusalem for the Lord and valuable gifts for Hezekiah king of Judah. From then on he was highly regarded by all the nations” (II Chronicles 21:21-23).

When we stand for God, cry out to Him, and depend on Him to make the way He always sends deliverance often in creative and unexpected ways. Throughout the Bible we read of various methods God used to deliver His people from parting the seas, bringing forth water from a rock, feeding them with manna, and even making the enemies turn on each other. Let us continue to trust in God, put our full confidence in Him, and be expectant for the awesome ways in which He will deliver us.

previousBelief and Confidence
nextI Am Your Comfort