As we turn our faces to seek God wholeheartedly, we will be surprised at the outcome. He is very near to us, He desires to bring us deeper into His presence, surround us with songs of deliverance, and bless us with the works of His hands. The prodigal son was drawn away to spend himself on wordly enticements, but when he came to the end of himself he realized there was only one place he was created to be and could find peace – at home with his father.

The prodigal son reasoned he was only worth working for his father as a hired servant because of his folly, so he planned to journey home and deliver a rehearsed speech demonstrating his repentance. However, when he returned home he met an outcome he did not conceive as possible. His father was waiting to welcome him with open arms. He did not have to work in the fields to pay for his sins, for the father wiped them away. The father lavished so many unexpected blessings on the son including his own presence at a feast and so many gifts from his hand. He did not withhold from the repentant child as a punishment, but quickly ushered him into his rightful standing as his son.

Jesus shared this story as written in Luke 15. He was revealing the Father’s heart for those who have preoccupied their minds and hearts and efforts in other endeavors, rather than committing themselves fully to Him. With such a divine love drawing us and knowing what the outcome will be, how can we let one more moment pass before we boldly approach the throne of grace that we may obtain mercy and be set in our rightful place in Jesus.

What have you need of? My love, where do you need Me to bless you? Where have you need of My overflowing? I ask you, for I trust you, I know your heart is completely Mine. You have sought Me. It takes not much effort or a dry and hard journey across the desert to find Me – for I Am very near – seek Me is merely a turning of your head from worldly and internal distractions to behold Me.

You did not expect Me to come to you and ask you what you had need of for you thought it would be months or years of trudging in a dry and barren place before you fully behold My beauty and lived in My blessings. Did the father make the prodigal son wait to be blessed? Did he tell him to go in the fields and work before he gave him a feast? No, it was immediately upon his return that he lavished him with blessings and his love. So too, I lavish on those who turn wholeheartedly to Me with abundance of My presence and blessings.

I do not desire to hold back what I have ready to give. Any withholding is so not to crush you or give you a blessing too heavy to carry. Delight in Me, seek Me, and all these things – these concerns of your mind and life – will be added unto you. Dwell in My righteousness, take on My yoke, become the new creation I’ve made you to be. Set your mind continually upon Me and even to your own surprise you will discover changes – deep within you, evidenced in your life, coming to you and going from you. Rise, for I call you blessed. 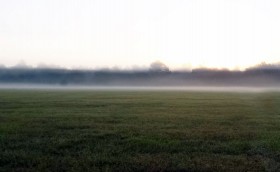